In this example, the reflector is circular with feed on centreline. The beam is at right angles to the dish back structure ring. This is probably the easiest polar mount design to set up since the parts are large and the distances are easy to measure accurately. 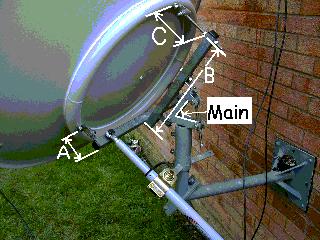 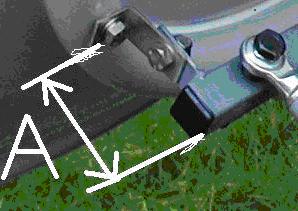 Measure this distance A 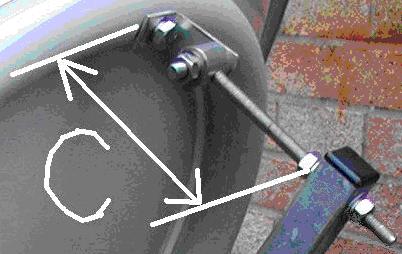 Calculate what length C should be and then adjust the nuts till the distance is correct.
This sets the small downwards tilt angle correctly - sometimes called the declination angle 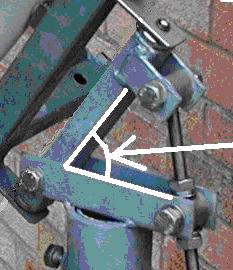 Set the polar mount main axis angle using a protractor or an inclinometer.

In the above design of polar mount the polar mount dish offset tilt angle (or declination angle) is achieved by setting length C greater than length A, so as to tilt the beam downwards a little.

Write down the required polar mount dish offset tilt angle (it is a small angle less than 9 degrees) and calculate the tan of angle using a calculator. A suitable calculator is at start - programs - accessories - calculator - view - scientific. Check the result is consistent with the values in the table below.

Photos thanks to Neil Duggins.