The North N mark on the rotating part of the compass or the Red end on the needle or the Pointed end of the needle points towards magnetic north. 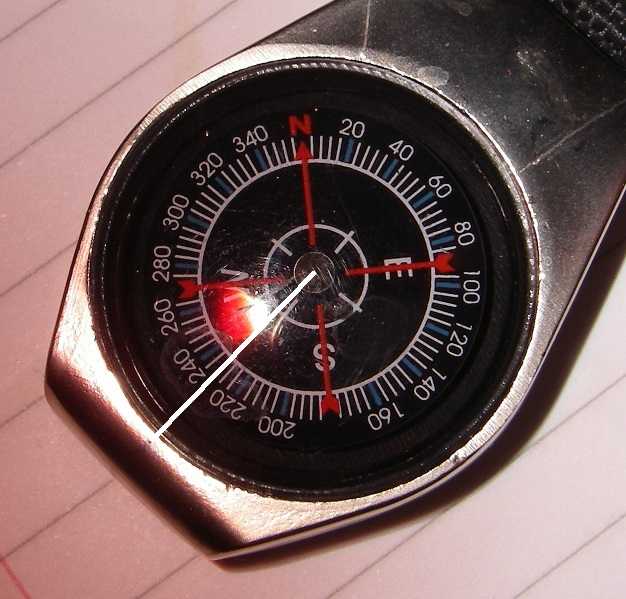 The compass rose. If you held this compass so that the white line was directly away from you and in front of you you would be aimed on a magnetic bearing of 232 deg.  The individual tick marks are at 4 deg increments.

Using a compass to determine an azimuth bearing angle:

Hold the compass with the ring towards you and sight through the slit in the direction of interest.  Read off the magnetic azimuth bearing angle using the cursor line as below:

If you want to determine the difference between magnetic bearings and true bearings note that this difference varies according to your location on the earth.  If you know your location in terms of latitude and longitude try putting that location into the dish pointing calculator and enter a hypothetical satellite on the same longitude as yourself.  The azimuth bearing angle will be 0 or 180 deg true north or true south.  The approx equivalent magnetic bearing angle will also be given.  This works reasonably well for most locations.  My earth's magnetic field model does not extend to the polar regions.